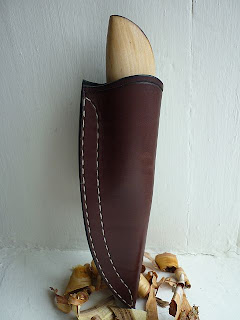 The collaboration between myself and Chris Grant has culminated with this beautiful and practical carving knife.
Chris Grant has surpassed himself with a skilfully crafted knife.
The story of the knife
Chris had seen me mulling over a Japanese laminated axe & asked if I had ever used a Japanese laminated blade or knife. Coincidentally, Chris had just made a blade from an off cut, and had seen that I had made my own knife before.....
We briefly discussed this blade before deciding to design something from scratch, as I had specific ideas/specs that I wanted to realise. Also at this point Chris decided to put the handle on the knife as a complete job so it would be ready to use. I supplied Chris with a pre-fab knife blade in cardboard, as well as a roughed out handle blank. 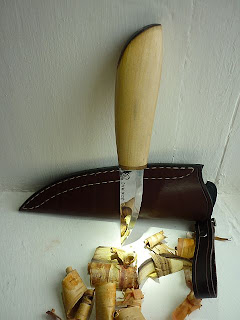 The brief of the knife: 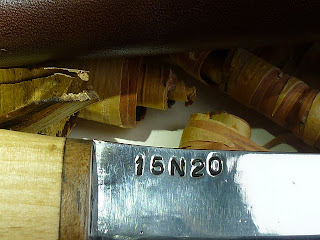 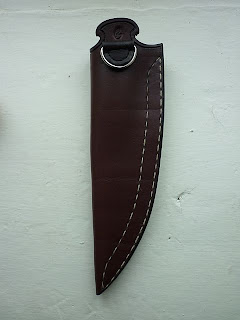 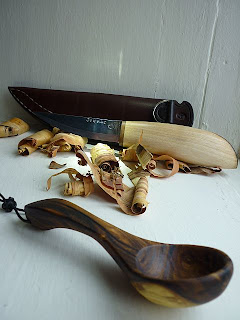 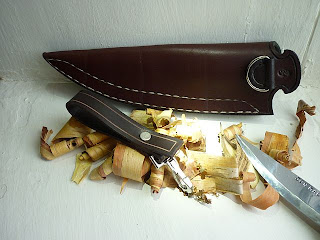 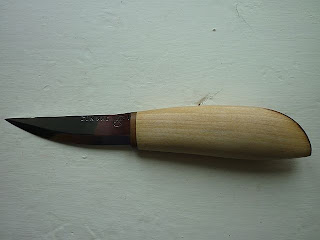 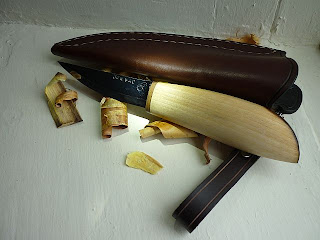 Visit
.http://www.makemethischris.co.uk/
For contact details.
And view his Photobucket for more examples of his work...
http://s725.photobucket.com/home/makemethischris
Coming soon....
The Bushcraft version of the MaChris....
ENJOY...
at August 21, 2010 No comments:

Coming soon...
Full review and photographs...
I have been collaborating closely with Christopher Grant 'Bladesmith' on a new wood carving knife.
We have for the last four months or so been passing prototype handles and blades from workshop to workshop.
Between us we have designed blade and handle for fast removal of waste wood and the important capability of fine carving, in one knife. 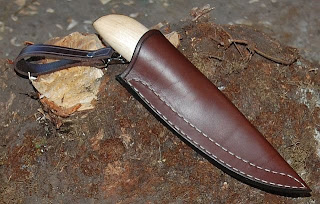 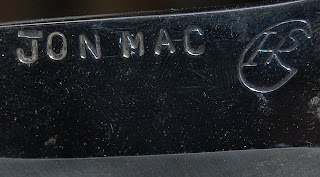 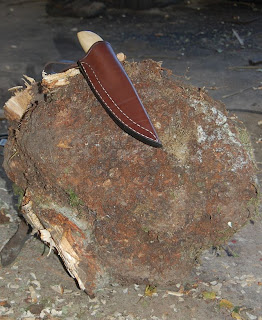 I spent yesterday sat under the Golden Ash making this spoon for a friend of mine in Scotland. I will trade it for some hand spun and naturally dyed wool. Sarah, my partner, is an avid knitter, and will thoroughly enjoy knitting with such special wool. This spoon is carved, from Birch, to fit into a coffee jar. It is under five inches long and has been made to hold precisely seven grams of good coffee... 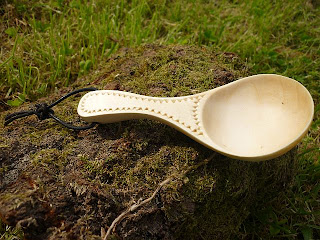 I fitted the spoon with a leather thong finished with a splendid little knot  that an old friend of mine taught me some years ago... 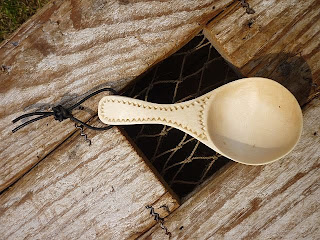 I hope she likes her new spoon... 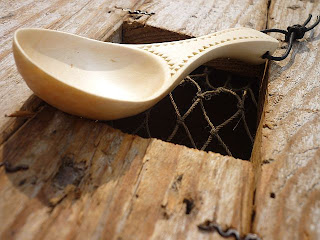