Well, we've moved on and left the shortest day behind us. By tiny increments the days are lengthening and it will soon be spring.
We have had snow here up on Dartmoor, enough for us to be snowed in from time to time. 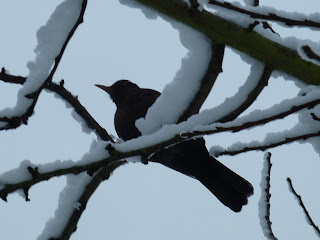 It's been chilly, even in my studio with the wood burning range roaring.
Recently I have been carving some spoons, experimenting with refining old shapes.
I don't know about you, but I have a spoon filter...

I may carve something, and enjoy the process.
I may like the object I've carved.
But I have noticed that after three days there is a point where the carved object becomes either a keeper, or a floater.
The Three day test.....
I am lucky that I now have a handful of designs locked away in the brain cell that I can re-visit knowing they will pass the test. 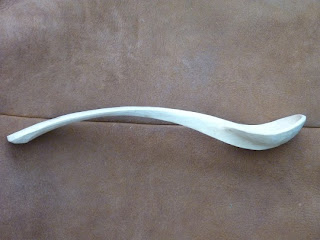 It's surprising the difference a little detail will make. 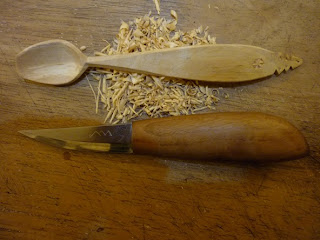 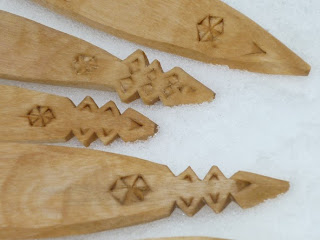 These little chunky spoons are great fun to carve. 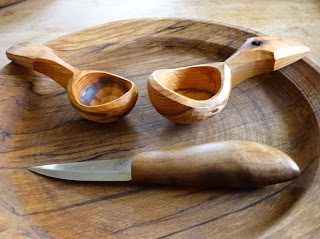 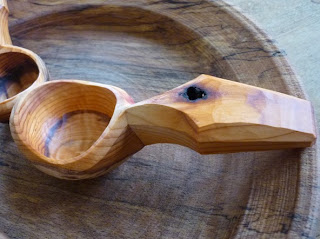 These three are carved from a Yew that stood in the garden of my friends when they were little girls.
The girls have grown, and moved on to become top professionals in their chosen fields.
A neighbour who lives in the area, and is still in touch with all three, noticed that the old Yew was being felled, and saved some wood from the growing pile of logs....

Eventually a piece of the Yew arrived here in Devon.
At first I tried to carve a set of long flowing spoons, but the Yew wasn't in the best of shape.
I decided to revert back to an old, more robust design. 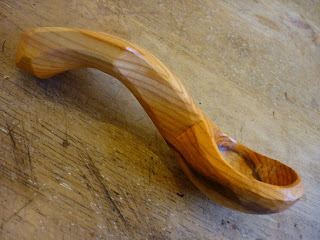 The old yew is now re-united with the three sisters... 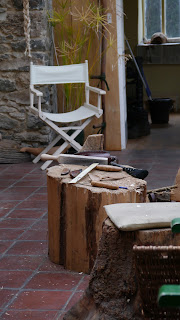 If you like my designs and wish to purchase one of my spoons.
Or if you have a piece of historical wood that you would like carved.
Drop me a line at...
firststeps@thewood.eclipse.co.uk

You can find my quick posts at...
Pinterest.
And
Tumblr.

We've been busy here at Spoon Camp. The sun has been shining and we've had a steady stream of wonderful students. We will b... 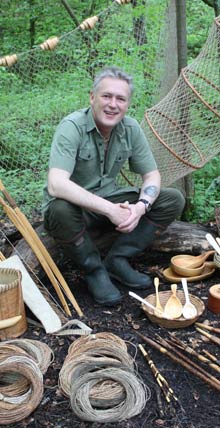 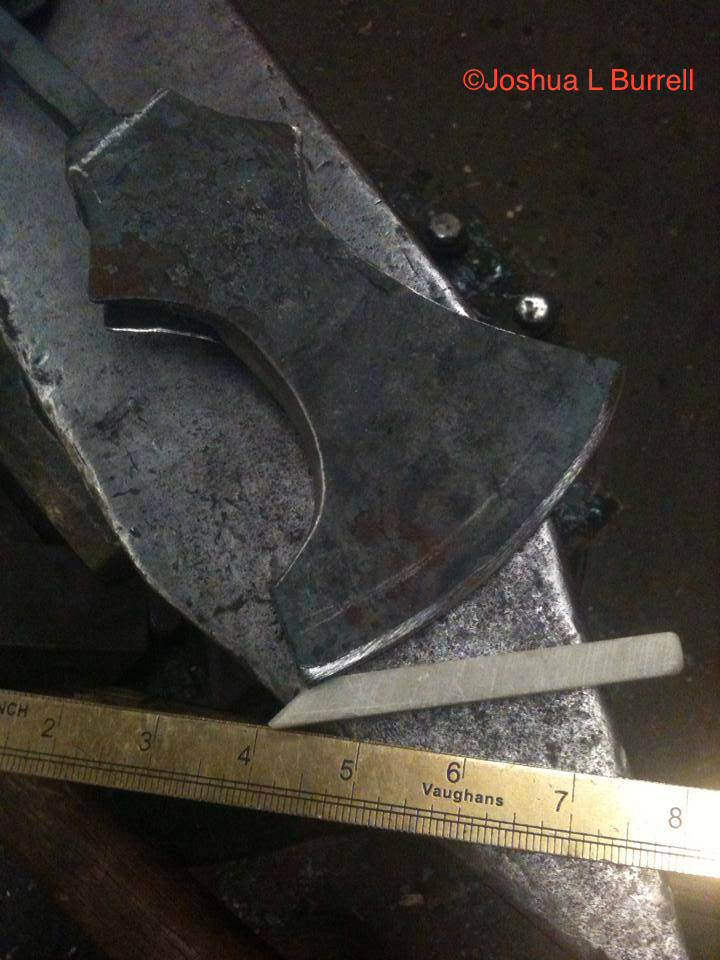