Here we have a nice pocket portable stone suitable for your backpacking camping trips.
It was sent to me by Tim Walton at
Greenwood Direct Ltd 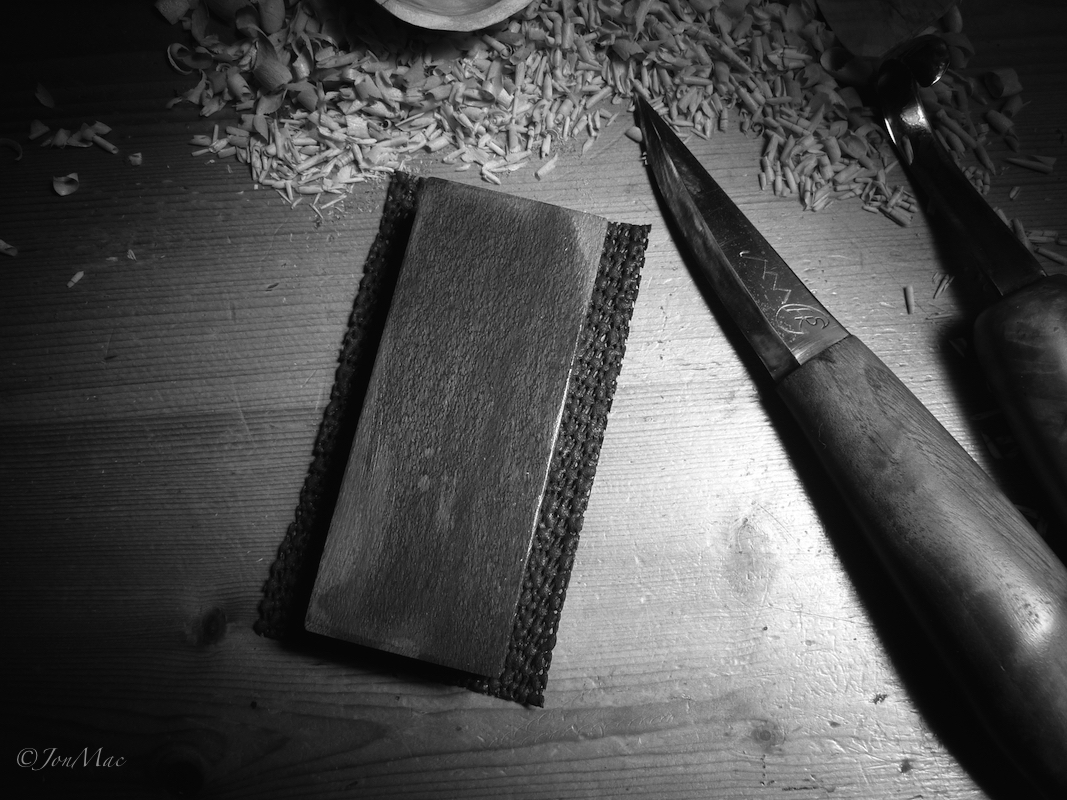 I've been using it for a while now and feel ready to write about it.
It's a double sided stone, one side is a soft Arkansas of a grit reported to be around 600 grit.
The other side is a Belgian Blue stone of around 4000 grit. 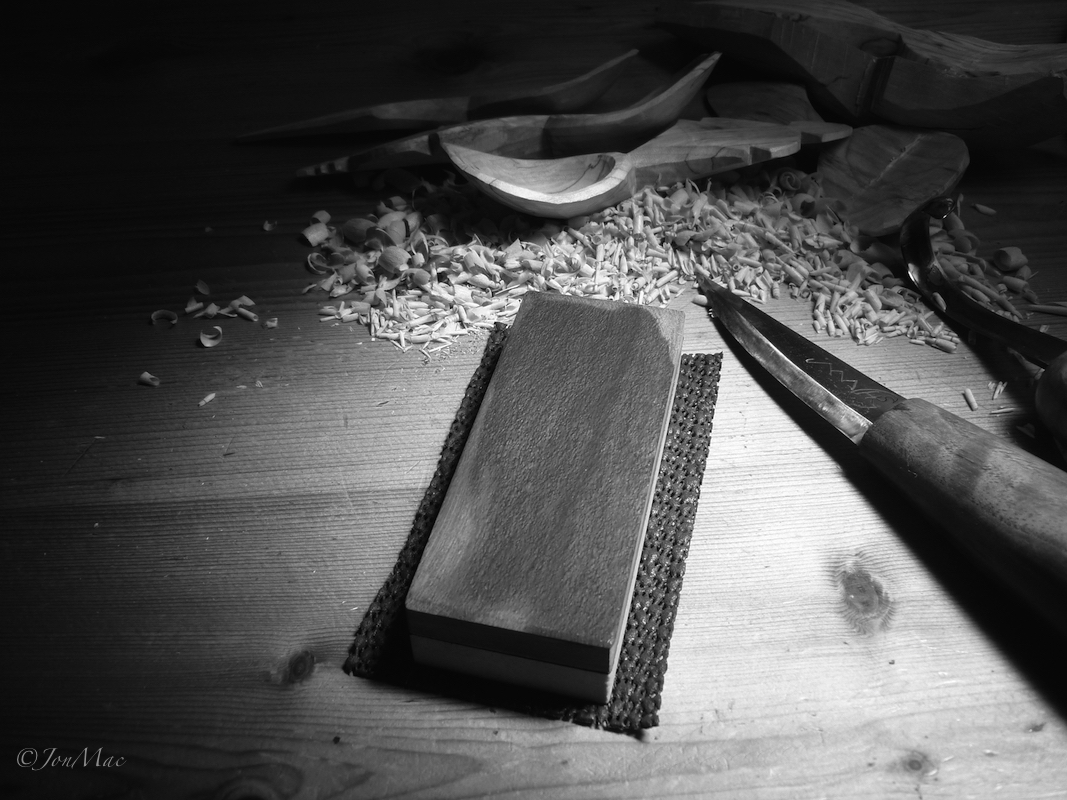 Both the Belgian blue and Arkansas are natural stones.
Not man made.
So the grits will vary a little from one stone to another.
The stone I have been using is quite fine, I would say the Arkansas side is somewhat finer than advertised. 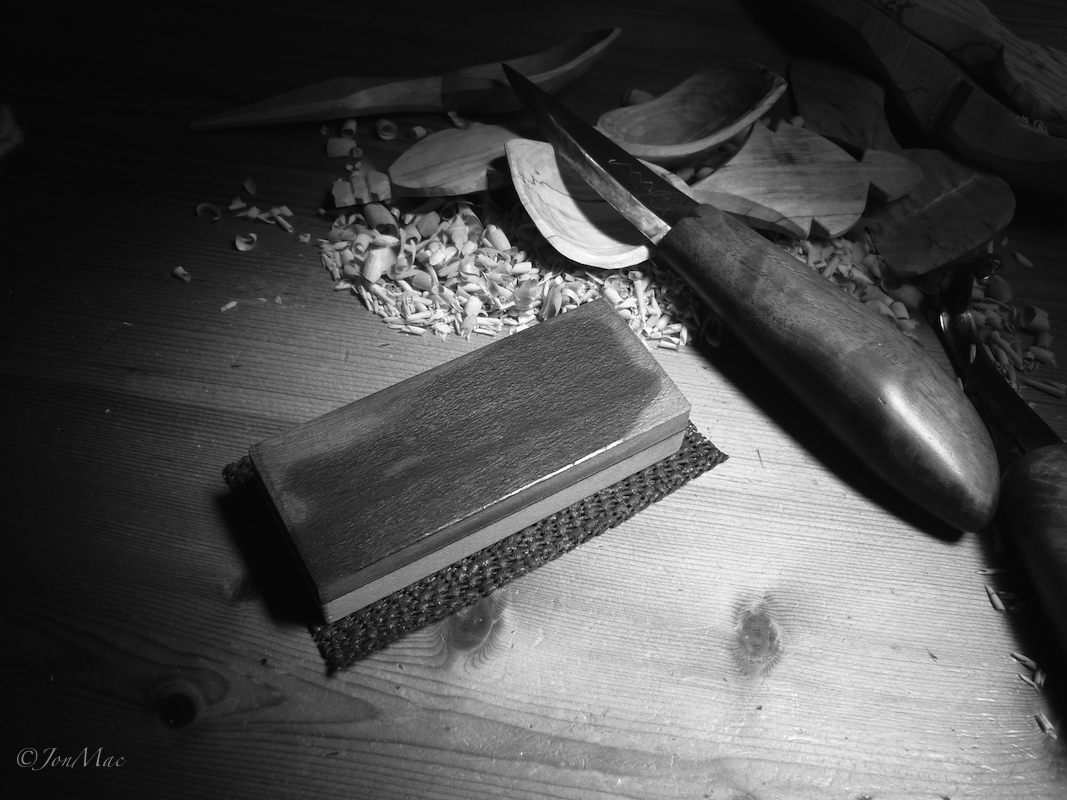 I have been using the stone on both my Axe and carving knives.
The results are really very good, with a razor sharp edge in no time at all. 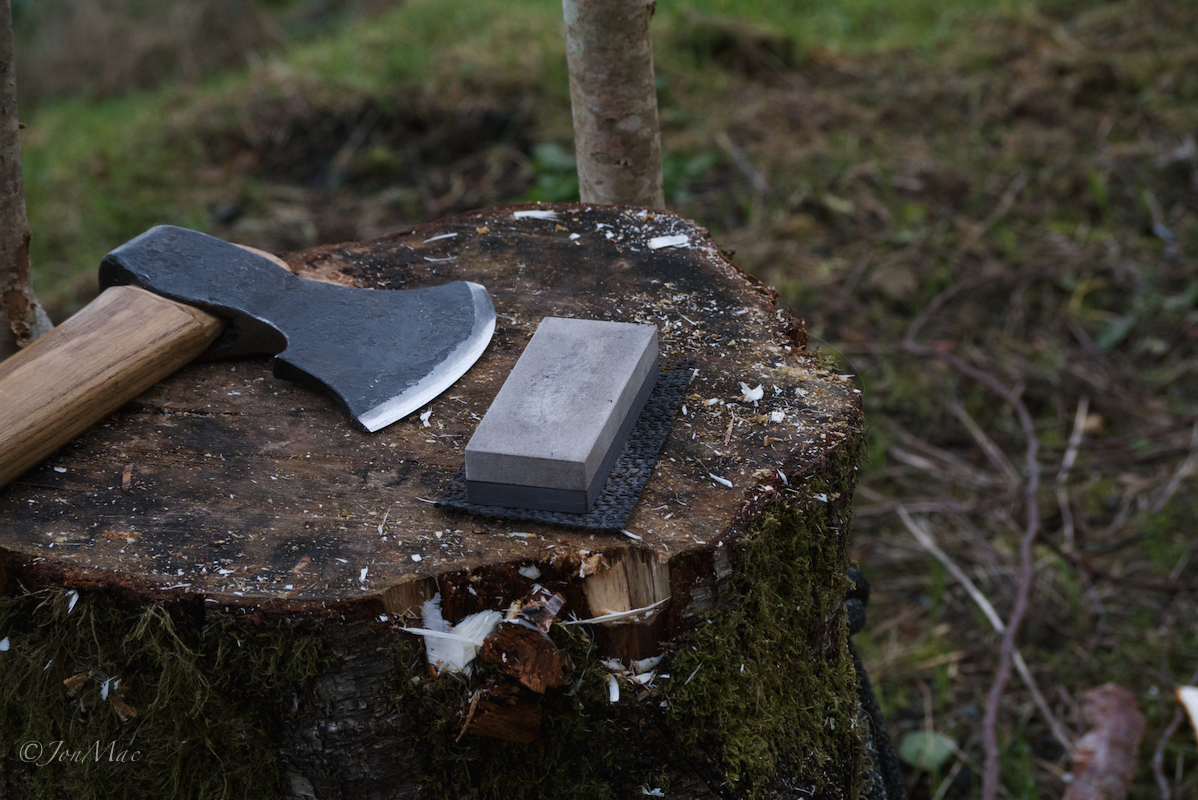 Lots of folk use light oil on an Arkansas stone.
I would recomend using a little water on both sides to keep the pores open and reduce the friction between blade and stone. 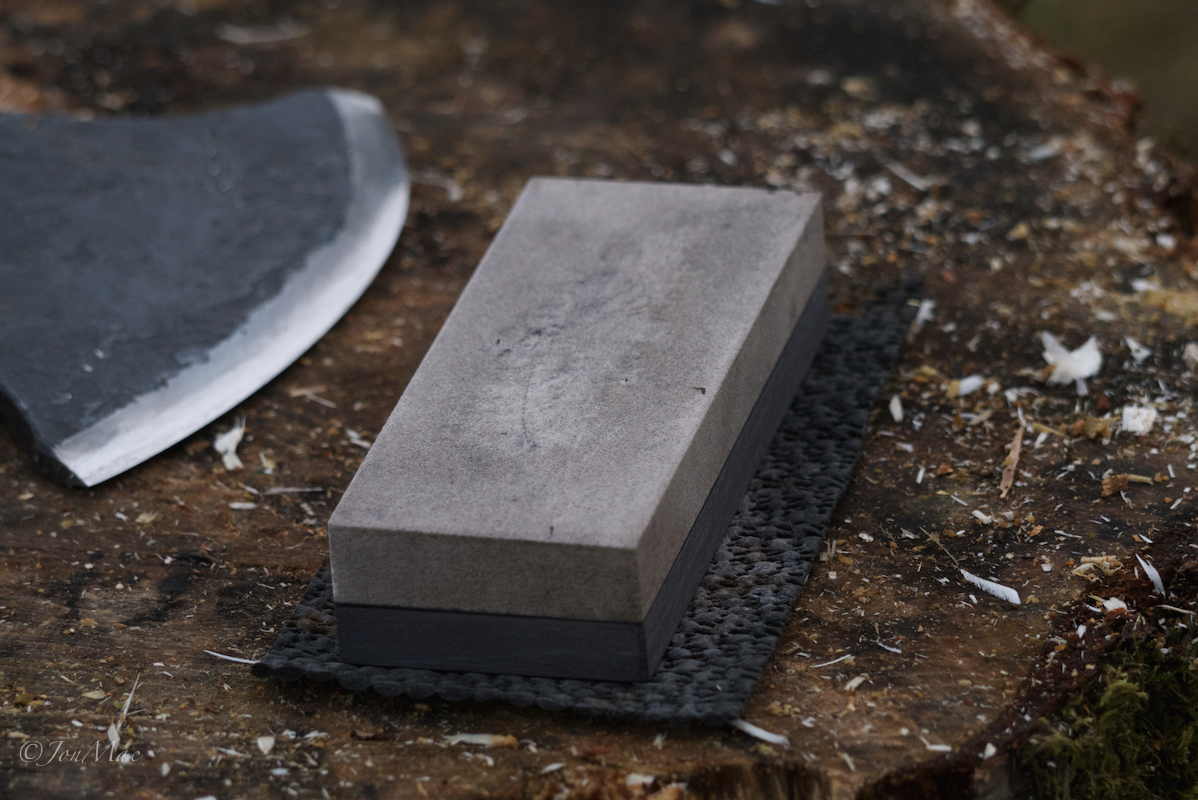 It doesn't need soaking like some of the Japanese water stones. 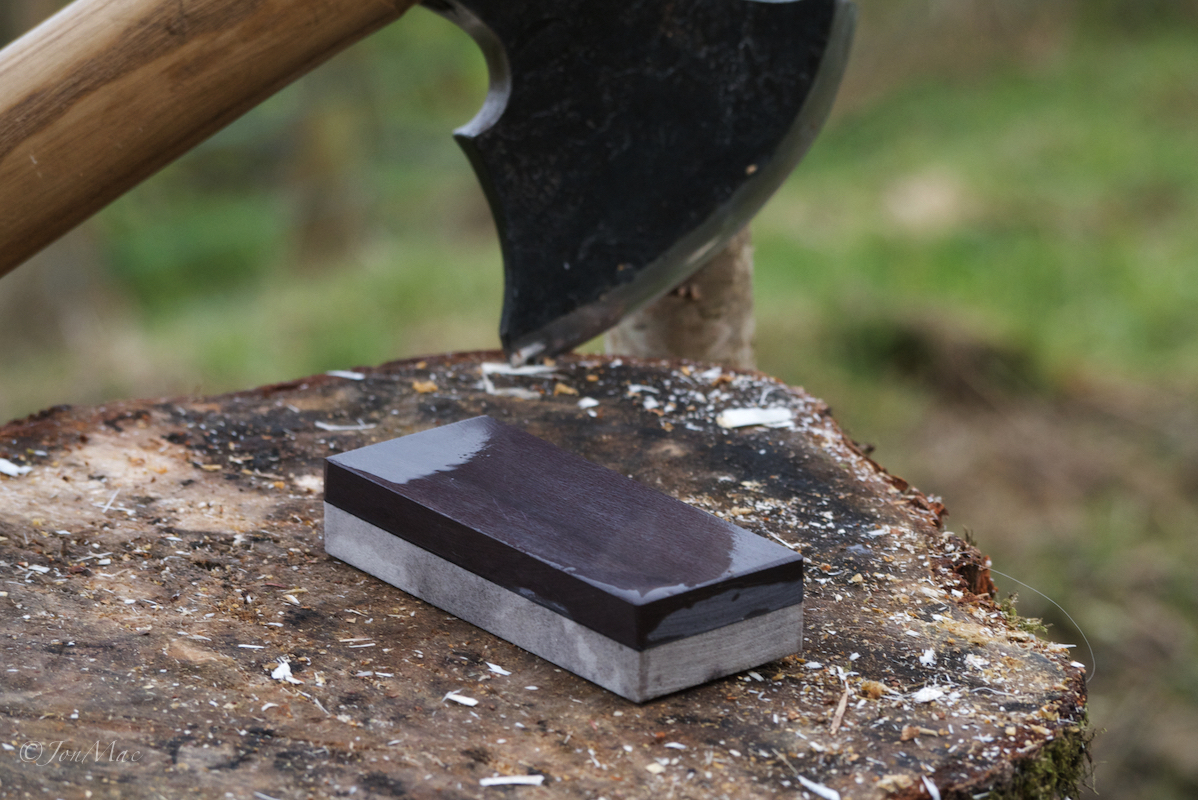 It's a tough little stone with a measurement of
100x40x20mm 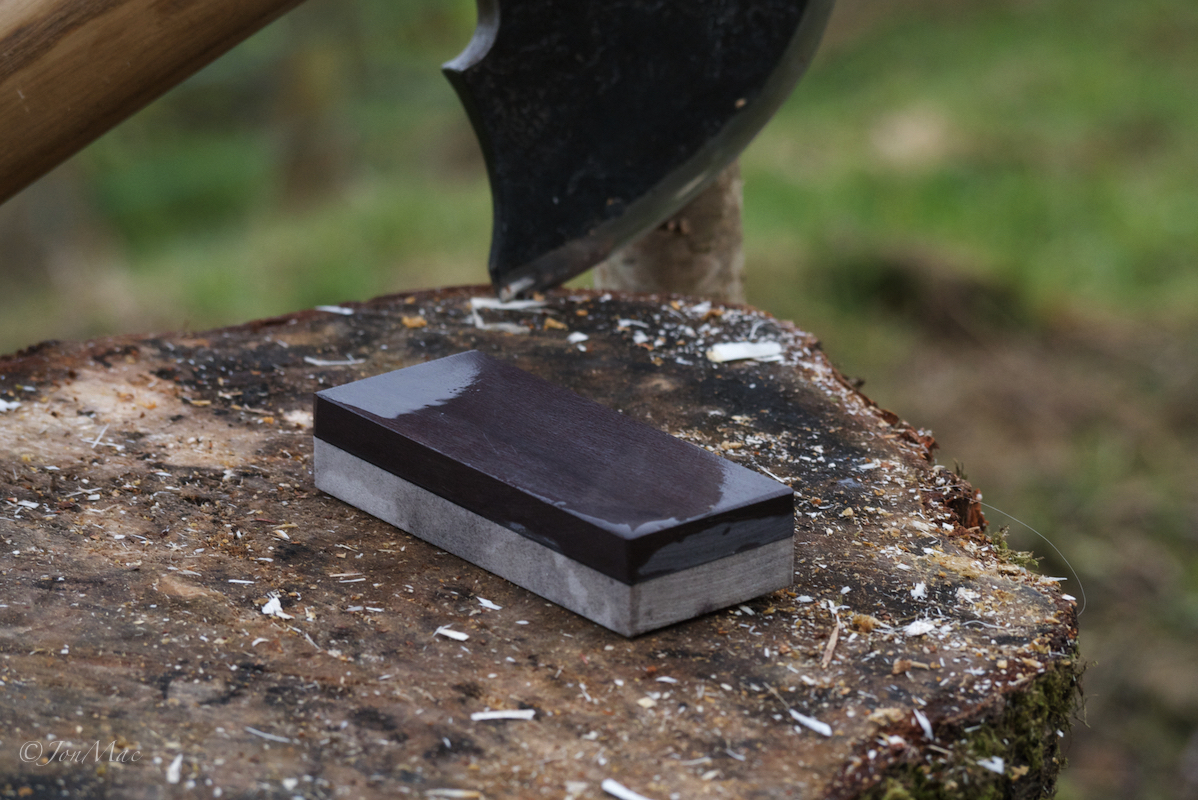 It weighs in at 188g.
And comes supplied with a nice blue denim bag. 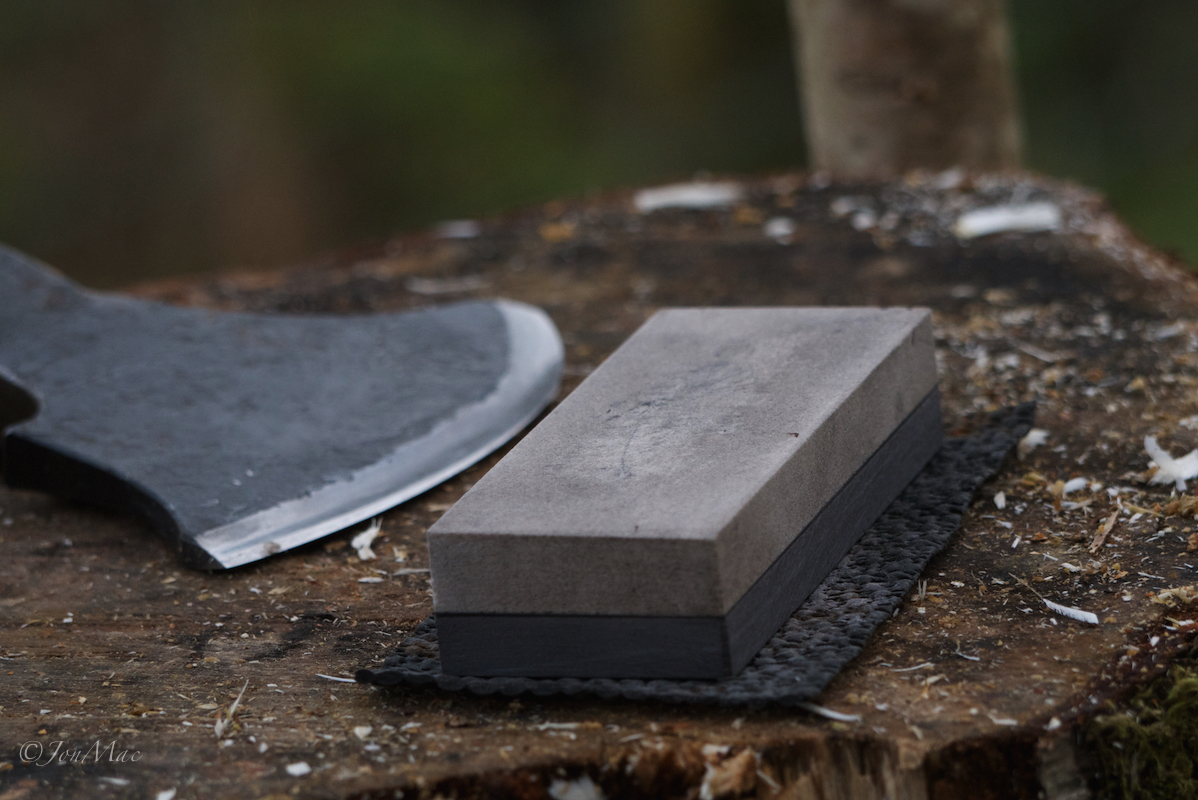 All in all this would make a fine addition to your camp kit for when you want to put a keen edge on your dull Axe or knife. 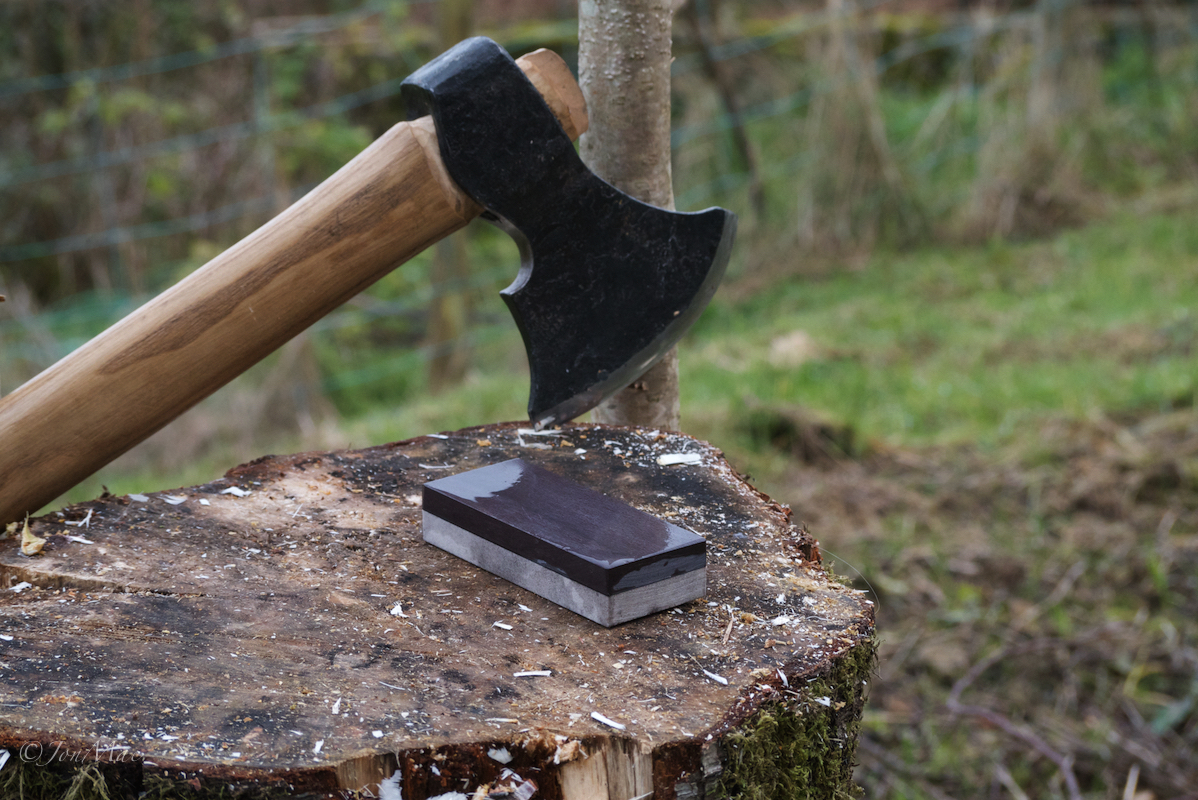 You can make enquiries about this little gem by contacting Tim at
GreenWood Direct.
www.greenwood-direct.co.uk
.
.
.
I almost forgot... The price...
£27.34