This year at the Wilderness Gathering I was honoured to be crowned
The Wasp King!

Last year at the show we had quite a few visiting wasps and hornets, some folk don't rub along with these creatures too well, my super mate Kaya, being one of them.
She is a dancer and even resorted to a wasp dance to charm the stripy, buzzing creatures away.
I'm lucky to be able, on the whole, to simply ask that they leave. This usually works - much to the amazement of others.
So it came to pass that Kaya decided I would be crowned the Wasp King... 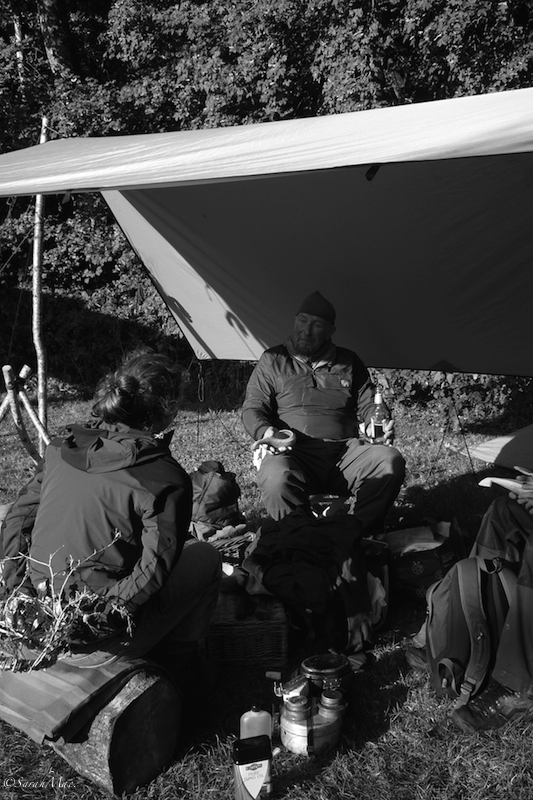 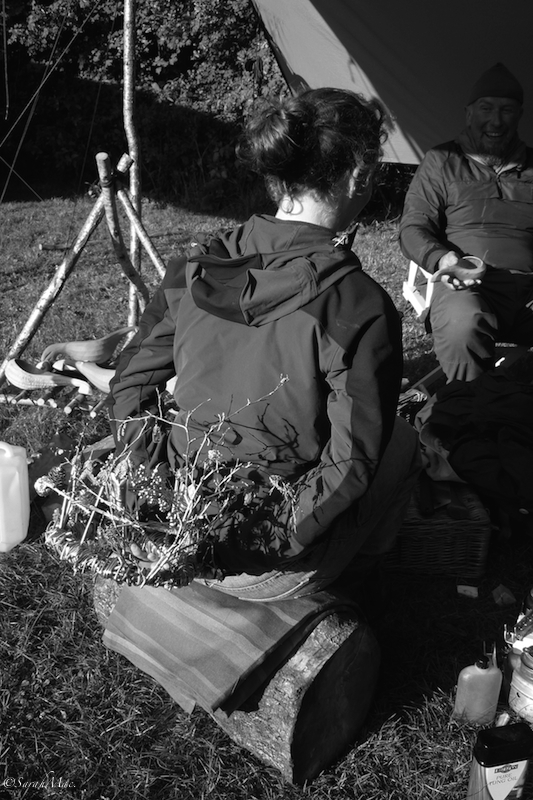 My good friend Terry Longhurst, Scout leader and fine carver was sharing a beer with me at the days end. I noticed Kaya approach and Sarah with the camera.... 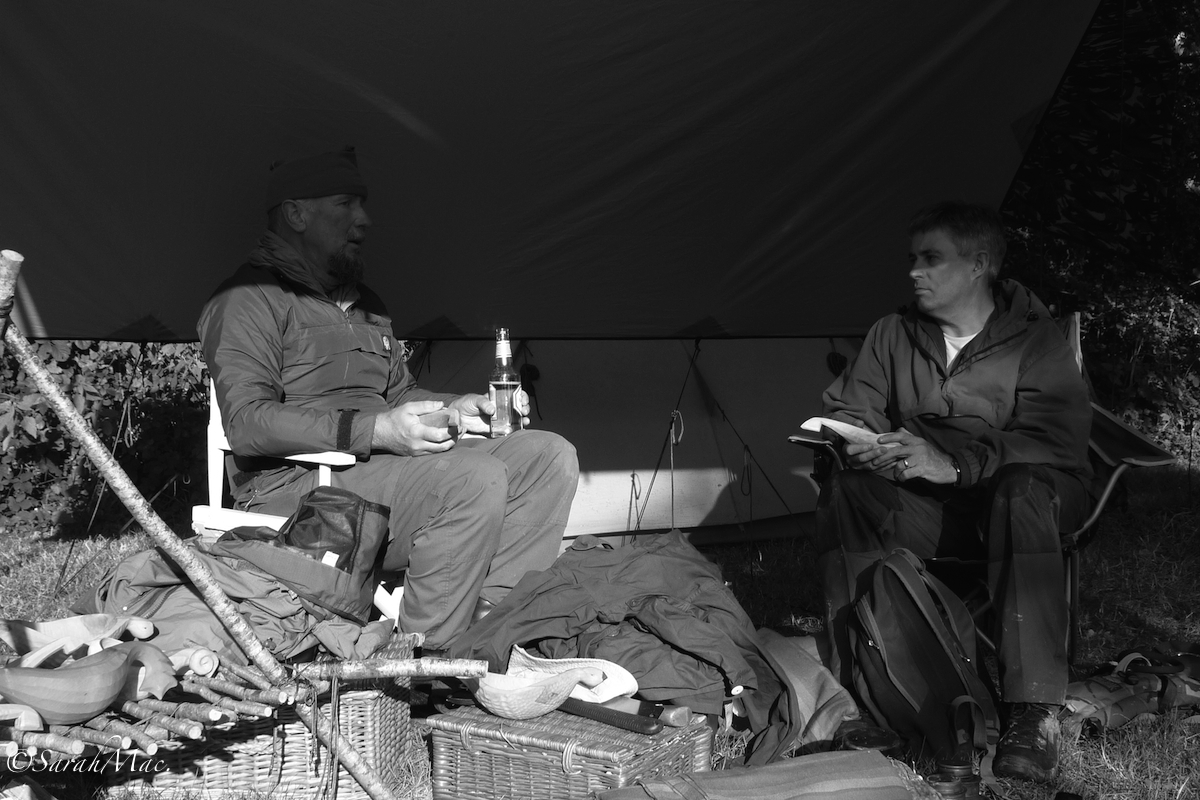 There was something afoot.... 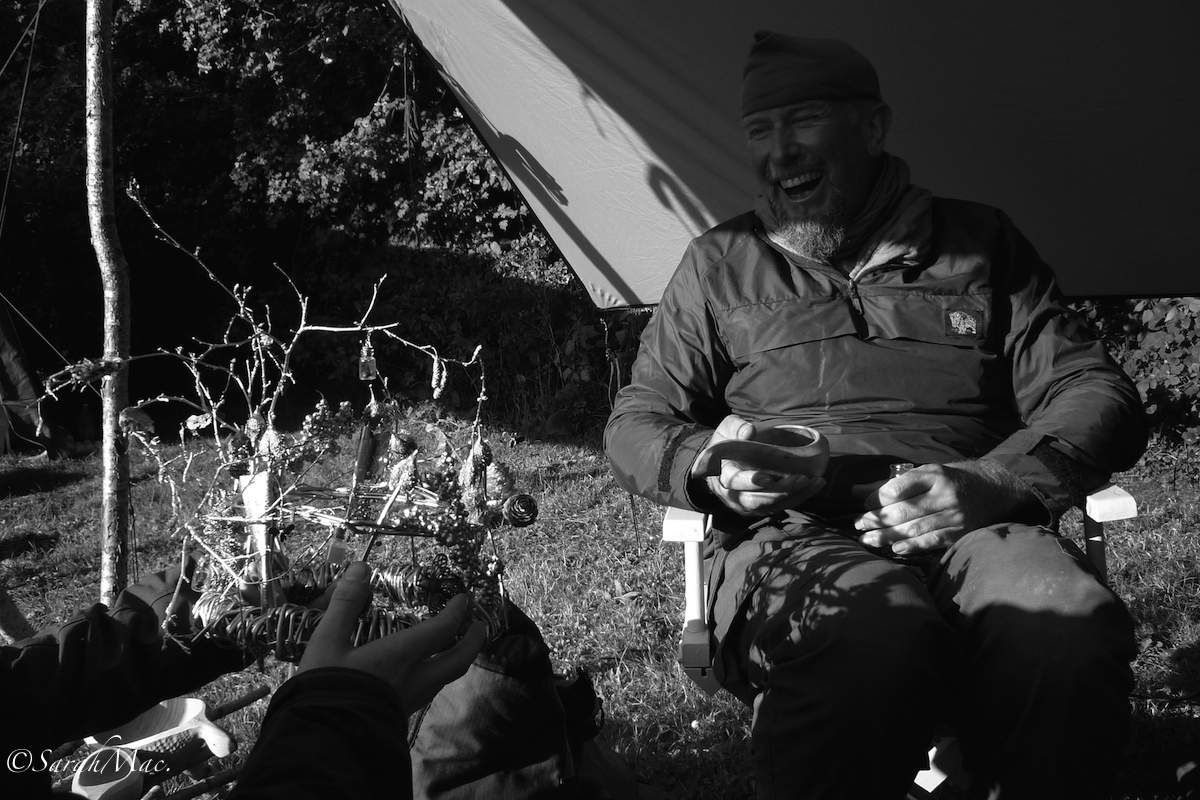 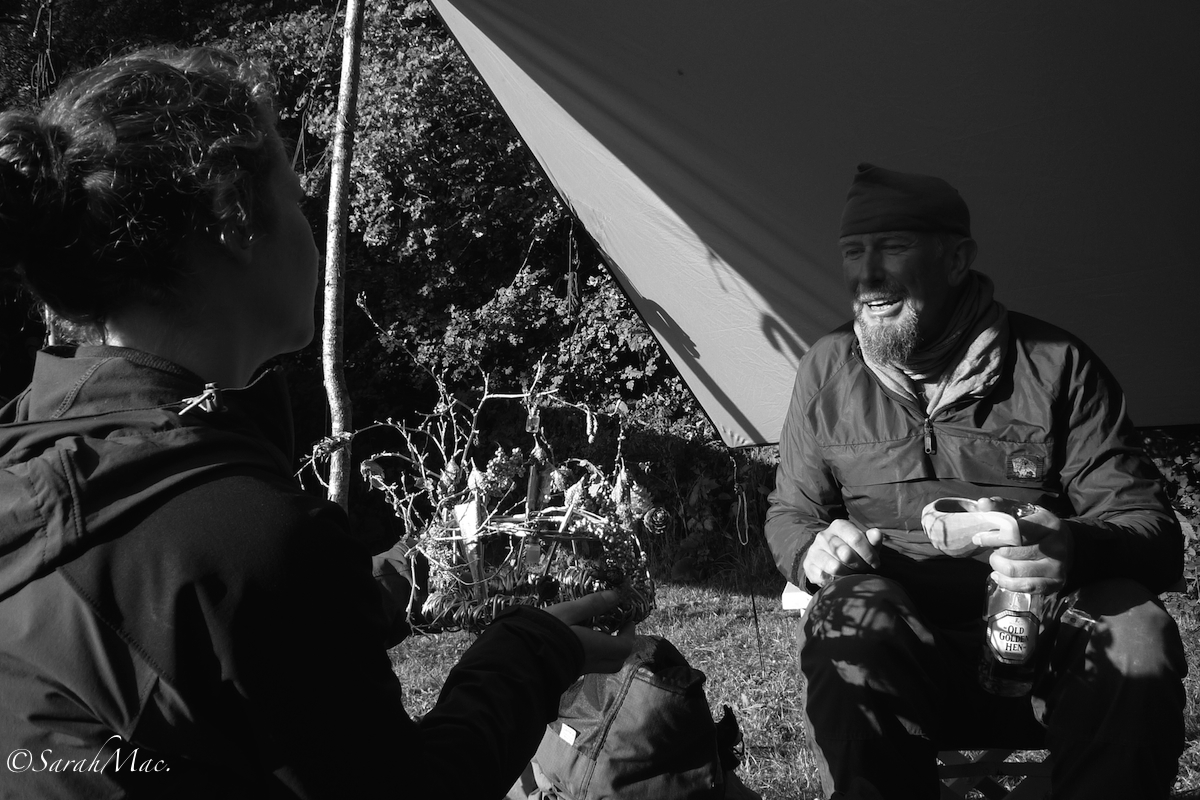 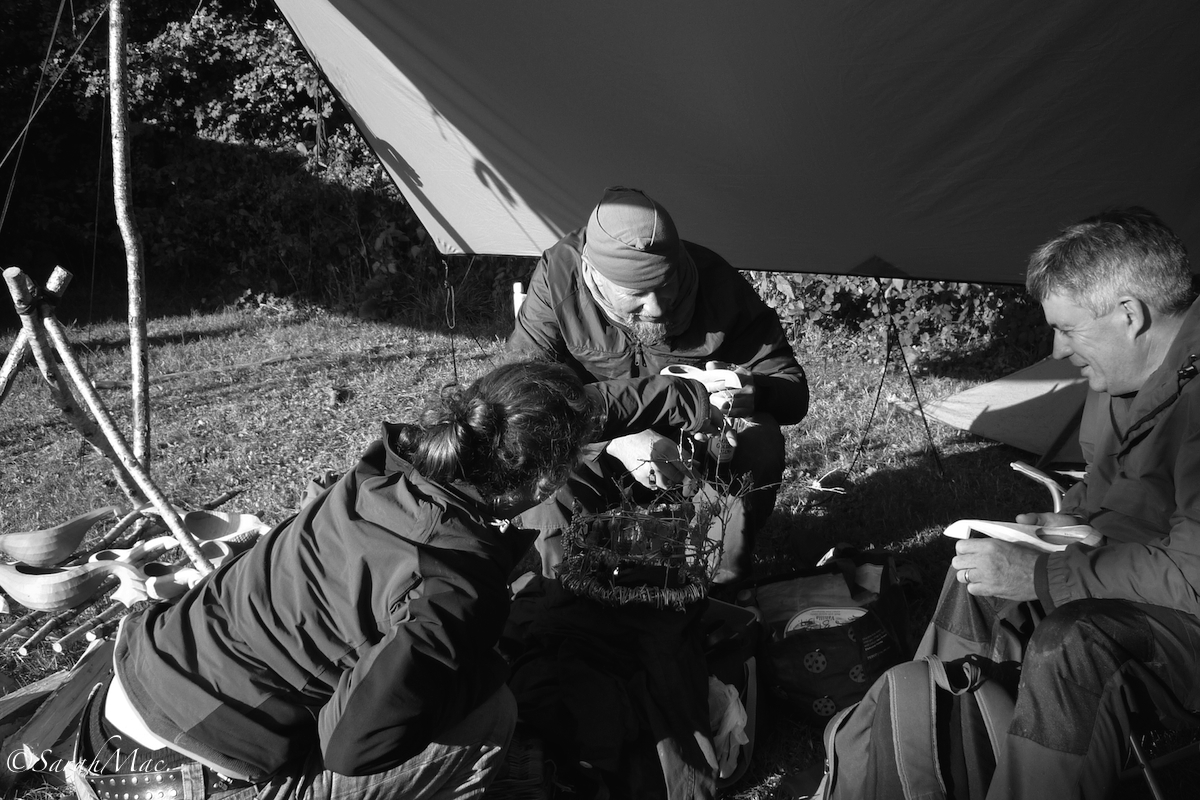 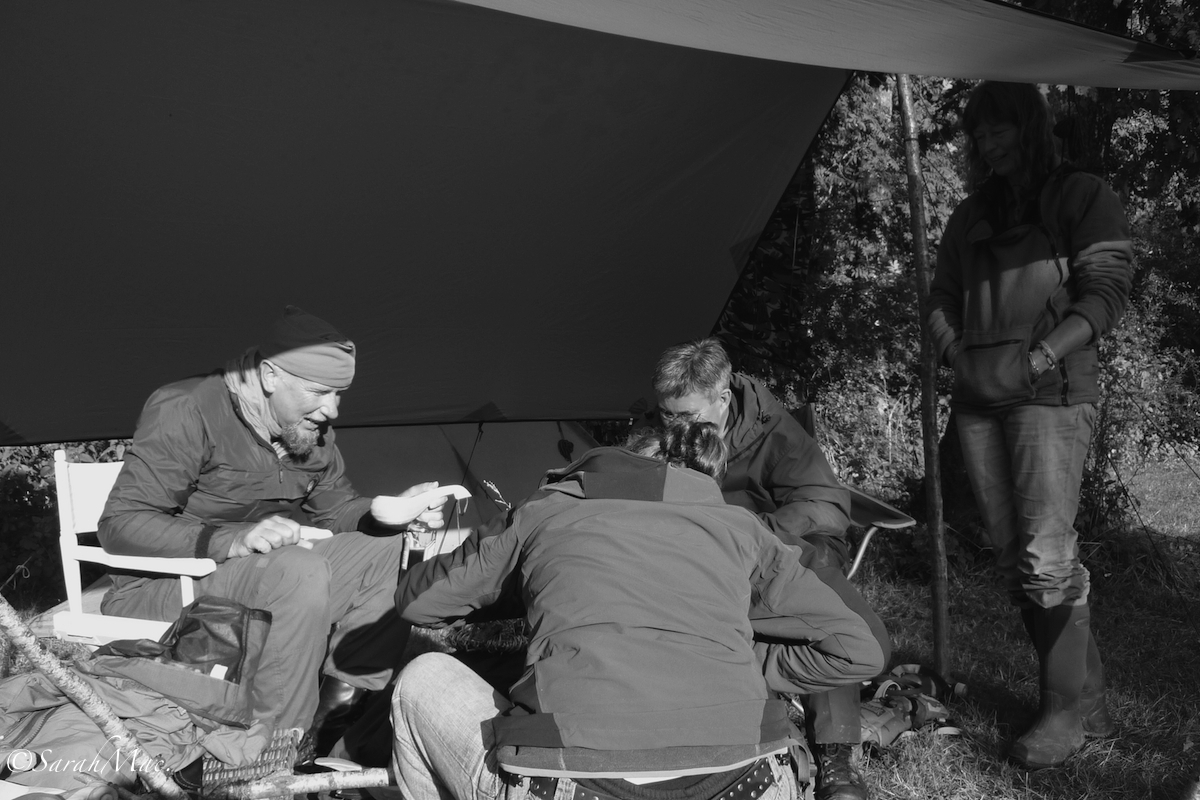 After an explanation I was soon crowned. 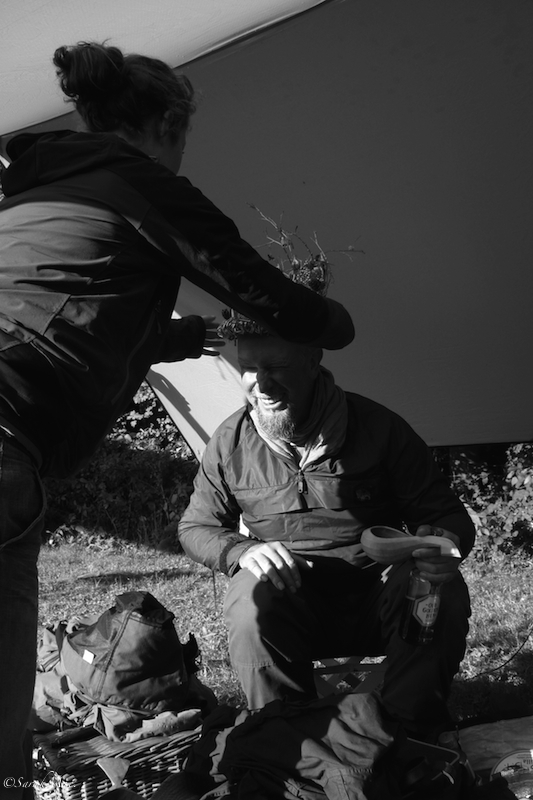 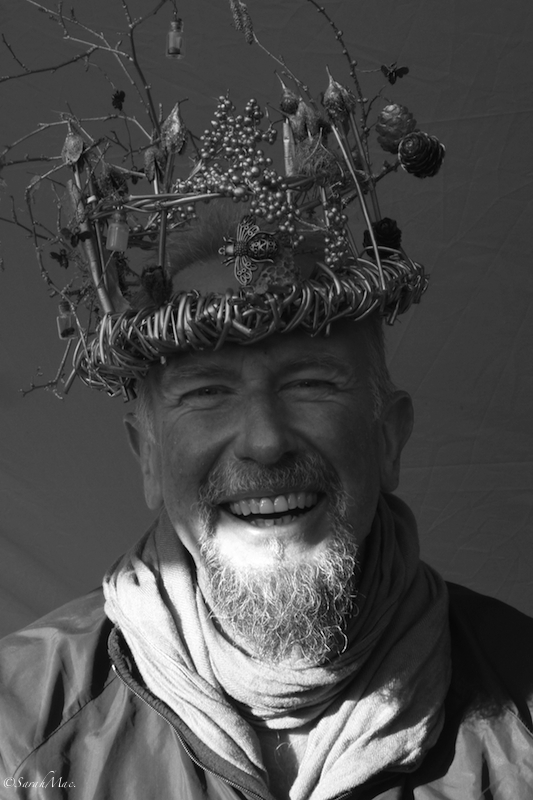 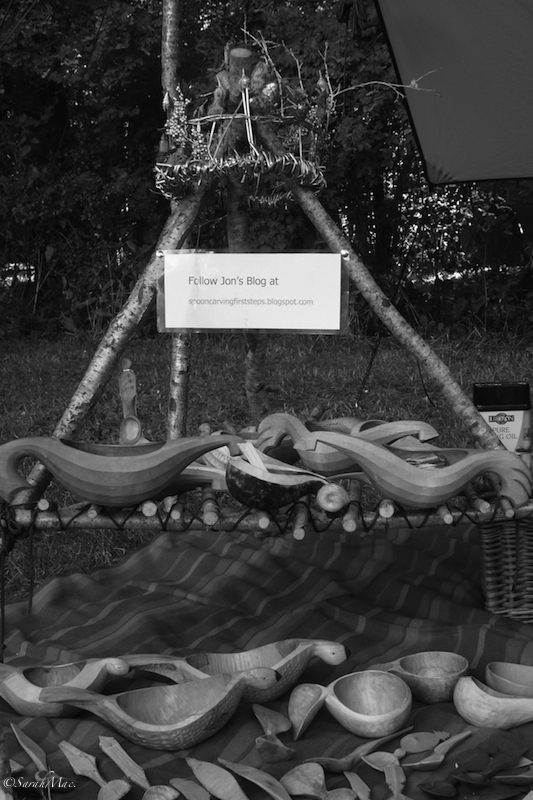 Kaya even wrote a poem for the occasion.

He's Lord of the woods.
The spider in the web.
The shepherd of the wasps.
The keeper of keys.
The fire in the hornets nest.
The sailor of the sky.
Protector of the realm.
Saviour of the lost and confused.
He is King, the Wasp King, with the golden crown.
© Kaya Strachan

I can't tell you how much we laughed that evening and during the following days of the show.
Thank you so much Kaya.
And thank you to all the friends I caught up with.
Terry, if you read this, I'll chip carve your spoon when you come down to visit next.